DIY = Disaster Is Yours

A Minnesota woman signed a will in 2006 naming her grandson and a former employee as equal beneficiaries of her estate.   She tried to revoke the will in 2008 and leave her entire estate to her grandson by writing and initialing several changes on a photocopy of the will.  In 2010, she downloaded a DIY will from a website and hand wrote her intent to leave her entire estate to her grandson, but she did not have it properly witnessed.  She died in 2013 and all 3 wills were presented for probate.  The local probate court held that the 2006 will was still in effect because the 2008 notes on a photocopy did not validly revoke the prior will and that the 2010 downloaded form was not validly executed.

1.  In Ohio, a will can be revoked with a statement of revocation or physical destruction (i.e. shredding or tearing) of the prior will.

2.  I generally retain the original wills of my clients to prevent them from trying to alter their wills by writing on them.

3.  I will once again quote the mechanic from the '70's Fram oil filter commercial (because I am from Greenville, Ohio and we had  a Fram oil filter plant in my long ago youth):  "You can pay me now or pay me later."  I would have billed her $600 to implement her wishes. Instead, her estate spent thousands and her wishes were not followed because she did not follow the simple formalities for signing a will.  The now long ago former employee is forever grateful for her short sighted thriftiness.

When Tom Clancy died two years ago, he distributed his real estate to his 2nd wife, then left the remainder of his $83 million estate in equal thirds as follows:

The  primary asset was his 12% interest in the Baltimore Orioles which was valued at $65 million.  The last codicil signed by Clancy directed that his wife should receive her inheritance "estate tax free."  His wife and adult children then proceeded to fight over whether the trust for her and them (Trust No. 2) should pay any estate taxes.  A Maryland court recently decided that the trust for the children (Trust No. 3) should pay the entire estate tax bill.

1.  Poor drafting leads to expensive disputes.  I have never used the vague term "estate tax free" in any document I have drafted.
2.  If a trust for a surviving spouse is carefully drafted, it can postpone the taxation of its assets until the death of the surviving spouse which is what seems to have occurred here at least with respect to the trust for the spouse only (Trust No. 1).
3.  Shed no tears for anyone in this dispute.  Clancy's adult children will presumably also inherit the substantial assets his first wife received upon their divorce while his 2nd wife is reportedly an heiress to a Pepsi bottling fortune.  Even the IRS receives nearly $12 million with significantly more millions coming when the 2nd wife dies.
4.  The second wife aka Evil Step-Mom likely cannot die soon enough for his adult children.

(Thanks to Chip Workman for bringing this to my attention) 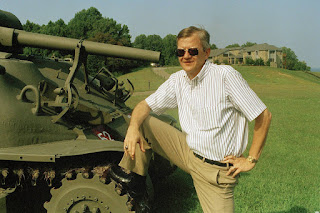 Procrastination Is Not Discrimination

An older woman adopted her younger girlfriend/partner in the 1970's so the girlfriend could inherit the trust fund created by the older woman's father.  When the older woman died in 1997, the girlfriend inherited a substantial sum from the trust.  The younger woman died in 2009 without a will.   Her brother staked a claim to her $25 million estate as her closest living relative.  However, NY law (and Ohio law) provides that once someone is adopted, they lose all relationships with their prior family, including the ability to inherit from them, and the ability to leave them assets without a will.  The woman's estate will escheat to the State of NY because she has no relatives.

1.  Lawyers in this case are arguing that the older woman adopted her girlfriend because same sex couples did not have the same rights as traditional couples in the 1970s.  However, that argument is a red herring because the funds were in a trust which could only be left to a descendant which caused the woman to adopt her girlfriend. Funds not in trust could be left to anyone she pleased - girlfriend, charity, or relative.

2.    I draft trusts to prevent this type of adoption chicanery by including only children who were adopted prior to the age of 18.

3.  In an era of Obergefell and Kaitlyn Jenner's reality show, it is easy to create a legal smokescreen by arguing discrimination from 40 years ago, when the real culprit is simple neglect by a wealthy person to create a will. 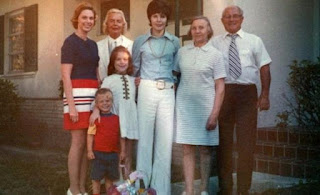 1.  This is a a rare example of Google acting uncharacteristically altruistic instead of operating solely in its own self interest.

2.  The wills I draft always have provisions permitting an executor to access the digital accounts and digital assets of a deceased individual.

3.  The request to obtain data from a deceased user's account does not apply to the NSA - they already have it.

Love Thyself and Love Thy Shrink

Amy Blumenthal moved to NYC and started seeing a psychiatrist, Dr. Susan Turner, to fulfill her prescriptions.  Six months later Turner allegedly dropped Blumenthal as a patient, started dating her, and soon moved into her apartment.  Blumenthal eventually re-wrote her will to leave her $7 million estate to Turner.  Blumenthal died 3 1/2 years after starting the romantic relationship with Turner.  Blumenthal's brother, a hedge fund manager and owner of a swimwear line, is challenging the will on the grounds that Turner unduly influenced his sister in the preparation of her will.

2.  When a woman leaves her estate to her girlfriend of 3 1/2 years while ignoring her brother the hedge fund manager who is presumably well off, it is difficult to prove undue influence.


3.  I thought that hedge fund managers only cared about billions, not single digit millions.  I also did not think that they had sideline swimwear businesses. 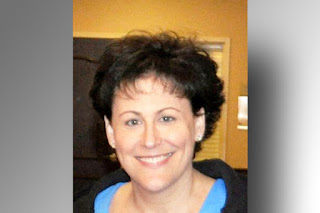 Daddy Knows Best (And His Daughters Are Resentful)

Following up on the most recent post.  The 21 and 17 year old daughters of Maurice Laboz, who left them each $10 million in trust but provided that they can receive the funds earlier if they meet certain conditions, are reportedly going to court this week to challenge the list of conditions. Their mother is also set to contest the will of her estranged husband.

2.  Infrequently, the terms of a trust can be challenged because they are against public policy such as when a trust prohibits a beneficiary from marrying a person from a different faith or race.

3.  Rather than being against public policy, some would argue that it is good public policy to keep millions out of the hands of 21 and 17 year old beneficiaries.

4.  Others would also argue that it is good public policy to prohibit teens and 20-somethings from adding to the national tattoo epidemic. 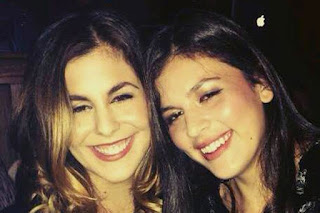