A Mason family - Mitch, Patricia, and Candace Stevenson - was indicted by a federal grand jury in June for money laundering associated with the receipt of life insurance proceeds. Allegedly, Patricia and Candace were the beneficiaries of two policies totaling nearly $3 million on the life of Mitch’s sister, Tina.
The 2009 application for life insurance stated that Tina had never been diagnosed with diabetes nor had taken medication within the previous 12 months. A physical exam was performed on a woman in Texas weighing 170 pounds. Tina actually weighed 380 pounds when she was in an emergency room three weeks prior to the application. Tina died in early 2012. Patricia and Candace received the death benefits and used them to purchase a Bentley convertible, make a $280K down payment on a former Homearama house, and other purchases. Unrelated, or perhaps not, Mitch and his son, Steven, have also allegedly been involved in a scrap metal scan.
Whew. Several points.
1. In Ohio, life insurance policies become incontestable two years after the application even if there is fraud. Companies have to pay the death benefit.
2. The Stevensons are likely being charged with money laundering because they cannot be charged with insurance fraud.
3. Money laundering is the crime of hiding the source of proceeds from a crime. I am not sure that using funds from a life insurance policy to purchase lots of bling amounts to money laundering.
4. In the bizarre coincidence category, the house purchased by the Stevensons was the subject of bank fraud 10 years ago that caused the builder to spend time in prison.
5. The Stevenson parents remain unindicted for naming their son Steven Stevenson. 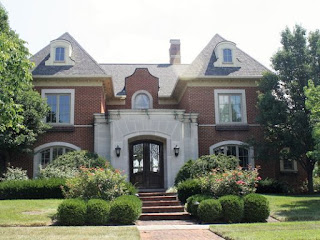 Shooting and Drowning, Oh My

John Chakalos was a Connecticut octogenarian worth $40 million when he was murdered in 2013. No one has been charged with his killing although he was shot with the same type of gun his then 20 year old grandson had recently purchased.
Chakolos' estate is to be distributed equally among his 4 daughters. However, last year one of his daughters, the mother of the gun owning grandson, disappeared at sea after the boat she was in with her son sank at sea after some holes were improperly repaired. The son/grandson was found 8 days later on a life raft. Now the 3 surviving daughters have asked the Connecticut probate court to declare the grandson as the murderer of Chakalos which they hope will prevent him from inheriting his mother's share of the estate (and leave more for them).
Several points and one question:
1. The grandson should inherit his mother's share of the estate. Slayer statutes apply when someone has been convicted of murder not merely suspected of murder.
2. Getting a bit wonky, the share of the now deceased daughter vested in her so technically she will inherit it and her estate will receive it and distribute it pursuant to her will.
3. If the Slayer Statute were to be applied, it should be applied to her estate although once again the son/grandson has not been convicted of her murder.
4. Is a 20 year old really capable of pulling off a perfect crime then repeating his success three years later?
5. If not, bad luck and odd coincidences certainly seem to follow the grandson. 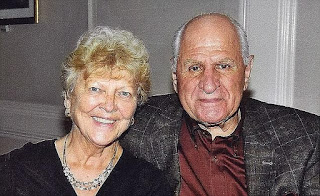 A slow news cycle finally ended this week with a local story. The Griffins are a large Northern Kentucky family which owned a rendering business (think road kill and restaurant grease) that was sold for $840 million in 2010. The business was operated along traditional gender roles with the males running the business and the women not participating.
The 6th Circuit Court of Appeals today upheld a $584 verdict against two of the Griffin brothers in favor of three of their sisters. The verdict stemmed from the brothers’ handling of their parents’ estates two and three decades ago. The sisters became aware that something might have been amiss with the way the estates were handled when a piece of real estate they should have inherited was transferred to the family company for $1 in 2010 to facilitate the sale of the company. A federal court’s award of $178 million to each daughter was the subject of the appeal.
Four points and one disclaimer:
1. In the interest of full disclosure, half of my life ago I worked for the firm which represented the Griffin sons although I have no knowledge of the family or the matter.
2. I remain surprised that some of the claims by the sisters are not barred by the statute of limitations because the parents died 20 and 30 years ago respectively and their estates were probated then.
3. Good estate planning documents and/or a buy sell agreement which provided that the family business was to be transferred to the sons would have prevented most of this dispute.
4. The Supreme Court only hears cases involving questions of law or where courts differ on legal interpretation of an issue. Neither seems to apply here so this case is likely over.
5. Sale of real estate for $1? One would think that people in the rendering business would certainly know the mantra that pigs get fat, hogs get slaughtered. 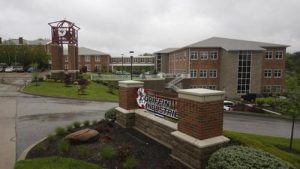