A Man For Others

My friend and mentor, Bill Keating, Jr. died earlier today. As a graduate of St. Xavier High School he truly exemplified the school's motto of "men for others."

Bill was not only a Hall of Fame swimmer at UC and St. X, but also a champion of women's athletics and athletics for the disabled.

I had heard, but forgotten, that when he was a senior swimmer at the University of Cincinnati that he gave his scholarship back so that someone else could benefit from it. I did not know that he donated his first paycheck as a lawyer to UC as gratitude for the education he received and the friendships he made.  I do know that when I told him that Jack was applying to St. X, he immediately offered to write a letter of recommendation for him.

His "Thoughts of the Day" which were intended as a means of staying in touch with his son when he left for college were eventually distributed to thousands of people every day and then forwarded from there. My children were recipients of the forwarded advice hundreds of times.

I suspect that I will read tomorrow's final Thought of the Day with a bit of moistness in my eyes.
The City of Cincinnati, and I, will definitely miss him. 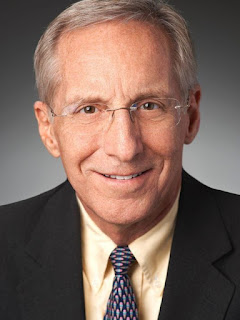 Not All Step Mothers Are Evil

A British farmer died and left his second wife of nine years the sum of $155,000.  He left each of his sons from a prior marriage the sum of $81,000.  The sons contested the will by arguing that their father, who suffered from Parkinson’s disease for 20 years,  was incompetent when he made the will.  The argued that his prior will which left his wife the sum of $125,000 was his real will.  After years of litigation, and $250,000 of legal fees, the court ruled that his last will was valid and that all of the legal fees for the will contest were to be paid by the sons, not the estate.   In his ruling, the judge stated the sons were unreasonable and frivolous for fighting over such a small amount which was motivated by their dislike of their mother.

1.  The sons were simply expressing their disdain for their dad’s second wife by fighting over such a small amount and likely hoping to force their step-mother to spend her entire inheritance on legal fees.  Bleed her dry, if you will.

2.  Unlike the U.S. where each party is responsible for his own legal fees, the British system allows the loser to pay the legal fees of all parties.

3.  Editorializing a bit here, I have never understood the visceral dislike or animosity towards second spouses.  From a child’s point of view, I embraced my mom’s second husband because he was able to provide her companionship, someone to travel and dine with, a social life, and mental stimulation.  He was also able to assist her with her medical needs, whether they were doctor appointments or recovering from surgeries or illnesses (the same applies times two for the woman my father in law has dated for five years - she is an angel).  I never viewed him as a replacement for my father, but simply as a good man in the next chapter of my mom’s life.  Sadly, I do not think enough children view their parent’s second spouse in a similar manner.  These British guys were twits in not appreciating the woman who took care of their ailing father to the best of her abilities. 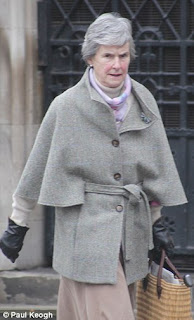 I subbed for Paul Daugherty's The Morning Blog again yesterday in the Cincinnati Enquirer. I covered a bit of March Madness, the firing of Indiana's Tom Crean, and the Bengals free agency moves (or lack thereof). I hope you enjoy it. 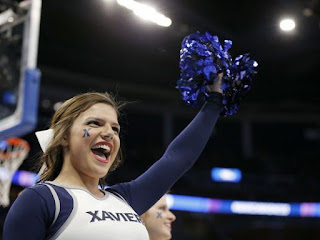 Audrey Hepburn died in 1993.  She left her personal belongings, including costumes, scarves, hats, scripts, awards, and other memorabilia, equally to her two sons.  They in turn loaned the memorabilia to a charity to display.  After one of the sons ran into financial difficulties, he asked for the return of the property.  He and his brother were unable to agree on how to divide the property so they went to court.  They just settled their dispute last week.

1.  Most disputes about estate administration that I see are about the personal belongings and not the money.  Oddly.  And sadly.

2.  In Ohio, people can easily specify which child or beneficiary is to receive a particular item by leaving a written document as a will companion so stating.

3.  In Hepburn's case, I feel sorry for anyone fighting over 25+ year old scarves and hats even if they once belonged to a famous person. 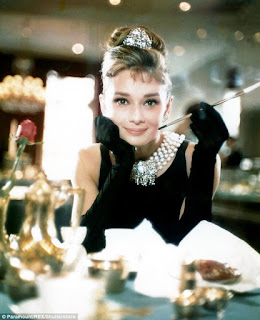