This is not about trusting a black mamba. In fact, when we were in Zambia last year, we were advised not to walk to our cabin by ourselves because of the presence of black mambas (and hippos). I was skittish and hyper-aware the entire time.

When Kobe Bryant, aka the Black Mamba, died in January he left a trust for the benefit of his widow, Vanessa, and their daughters. The trust was last amended before the birth of his youngest daughter, Capri, who is not mentioned as a beneficiary. His widow has petitioned the LA Superior Court to add Capri as a beneficiary of the trust.

1. When drafting a trust, I usually refer to “children” so clients do not have to amend their trusts when they have additional children. The exception is when there is the possibility of illegitimate children who should be excluded.

2. Kobe created his trust in 2003 and had amended it when each daughter was born, except for his youngest. Apparently, it is easy to get distracted and waste time when retired.

3. Kudos to Vanessa. Usually, people are suing to exclude people from a trust rather than include them. 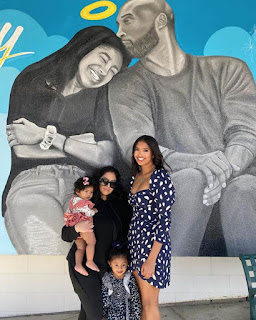 Juice WRLD was a 21 year old rapper who died late last year from an opioid overdose. He allegedly swallowed several Percocet pills to hide them from police who were waiting to search his private plane for drugs and guns upon landing in Chicago.
His mother has asked to be appointed as his estate representative. The estate was recently revealed to be worth $3.2 million. His assets consist of a Miami condo worth $1.5 million, a bank account valued at $1 million, and personal property (mostly watches and jewelry) worth $450K. TMZ reported that he might have additional assets in a trust
Several quick points:
1. Mr. WRLD’s estate will likely exceed what is initially reported because the listed assets do not include his music royalties.
2. His estate will increase in size because the single he recorded with Eminem and which was released posthumously (for him) hit Number 3 on the US music charts and went Number One in the UK (apologies for channeling Casey Kasem).
3. It is nice that TMZ finally acknowledged that celebrities might have assets in a trust which are not included in probate filings, but in this case that is misplaced. If a man did not have a will (his mom is asking to be appointed as administrator, she is not designated as executrix in his will), he did not have a trust.
4. Unsurprisingly, like most Millenials and Gen Z-ers, Mr. WRLD apparently did not own any stocks or bonds. Consider his heirs fortuitous. 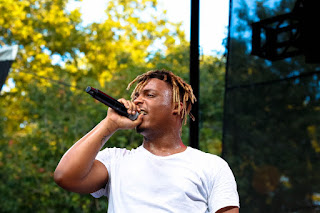 Coronavirus Is Not the Only Threat to the Elderly

The film “Knives Out” is an award nominated dark comedy written by Rian Johnson, who is best (and actually only) known as the writer and director of “The Last Jedi”, the 8th installment of the “Star Wars” saga. The film involves the death of the patriarch of a family, his will, and the machinations of his family to obtain his estate. It also involves the Hercule Poirot-esque detective played by Daniel Craig investigating the death.

Without revealing any significant plot parts, I noticed a few estate planning points:

1. Will readings are entirely a creative device for Hollywood. I have never been part of one in 30+ years of practice.

2. The grandchildren were part of the angry family pining for an inheritance, but rarely would grandchildren inherit a meaningful sum from their grandparent unless their own parent were deceased.

3. The film did correctly reference the Slayer Statute.

4.Channeling my Gene Siskel, skinny, late middle-aged, bald man critic mode - if you are looking for something to stream, “Knives Out” is much more entertaining than the multitude of sequels and re-makes released by Hollywood last year. 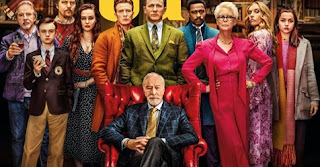 Photo Credit (Unknown, but happy to give credit)
License:  Fair Use/Education (from linked article)
Posted by Jay at 6:00 PM

I wrote Paul Daugherty's The Morning Line blog for the Cincinnati Enquirer again today. I riffed on the arrogance of the Bengals, the over-achieving of UC hoops, the inanity of the Presidential primary process, and a brief trip report about our month in Phoenix. I hope you enjoy it. 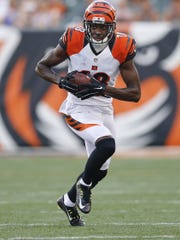