Steve Bing is an American movie producer and “businessman” who is the father of Elizabeth Hurley’s son, Damian. He is also the father of Kira Kerkorian Bing, his daughter with former pro tennis player, Lisa Bonder. Bonder had duped her husband, billionaire Kirk Kekorian into thinking he was the biological father of Kira. Bing reportedly inherited nearly $600 million at the age of 18 from his grandfather’s trust. He dropped out of Stanford shortly thereafter.

Bing and his out of wedlock children are in the news this week because Bing’s father, Peter Bing, went to court to attempt to exclude them from inheriting from a multi-millionaire dollar trust he created in 1980 for his then unborn grandchildren. The elder Bing and his trustee contend that it was not his intent for out of wedlock grandchildren to inherit from the trust. He claimed that he had never met his grandchildren and that Steve had no relationship with them. The elder Bing was likely prodded into the lawsuit by his daughter who has her own two children who would be the only trust beneficiaries if Steve Bing’s children were excluded.

Several points, some of them obvious:

1. Steve Bing is clearly a cad.

4. I am not a fan of creating trusts for grandchildren when it is uncertain how the children will be when they mature.

5. The funds in this trust are more important to Steve Bing’s children than they are to his sister’s children because it is unlikely his children will inherit from him while she likely had $600 million of her own funds to leave to her children some day. 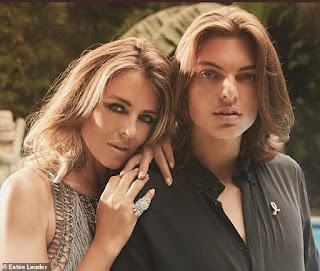 Just back from a long weekend in Seattle and Oregon with Janice. We met winemaker, Jean-Nicolas Meo, and Jay Boberg, owners of Domaine Nicolas-Jay. Boberg is the founder of IRS Records (think REM, Fine Young Cannibals, and the Go-Gos among other acts on his label). Wine and music are geek heaven for me. Post to follow shortly. 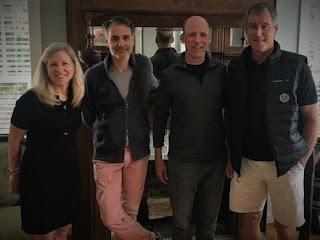 CNN news anchor, Anderson Cooper, is the son of Gloria Vanderbilt who died last month at the age of 95. She in turn was the great-great-granddaughter of Cornelius Vanderbilt. She left all of her estate to Cooper save for her $1.2 million Manhattan co-op which she left to her son, Stan Stokowski.
Gloria Vanderbilt inherited a trust fund worth $35 million in today’s dollars when she turned 21. She also rode the wave of the designer jeans trend in the late 1970’s with her eponymous fashion which was worth $100 million at one time. Initial reports soon after her death speculated that she was worth $200 million. Probate Court filings have since revealed that she only owned her co-op and $1.5 million.
Several points, none too shocking:
1. The data about her net worth would be private if Vanderbilt had used a funded trust for her estate planning.
2. Rare is the fortune that lasts five generations before it is dissipated.
3. Four divorces, dedication to philanthropy, advisors who embezzle, and living into one’s 90s deplete one’s assets.
4. An incredibly gifted plastic surgeon will also deplete assets. 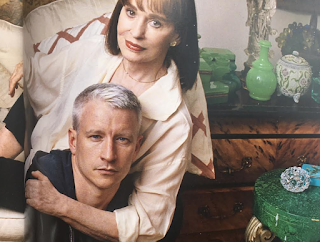 I wrote Paul Daugherty's TML Blog again on Friday. I did a mid-year review of the sports world. I hope you like it. 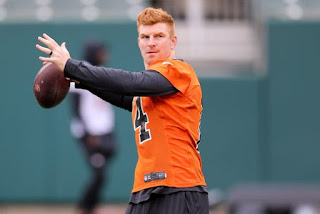 Number One With a Bullet

Picking up the Casey Kasem saga five years after his death.  When we last left the beloved host of American Top 40 and the voice of Shaggy on Scooby-Doo, his second wife had sent his body to Norway for burial ostensibly because “Norway symbolizes peace and looks like heaven.”  She had previously claimed to have buried him there because she had ancestral ties to Norway.

Why is this still in the news?  Kasem’s daughter, Kerri, is trying to exhume his body and return it to LA for burial.  Last year, his widow claimed that a private investigator proved that his children had caused his death.  After the police cleared them, his daughter now maintains that the widow abused him prior to his death.  His daughter has created a foundation to pass legislation in multiple states to stop elder abuse.

Planning points?  None.  Observations?  I will keep them brief.

1.  The disharmony between daughters and their step-moms is boundless.  Perhaps Kasem’s daughter could join forces with Tom Petty’s daughter to create a large foundation to vent their hatred towards their fathers’ second wives under the guise of something.

2.  The widow and daughter should stop pointing fingers at each other and realize that an 82 year old man long suffering from Parkinson’s Disease and Body Lewy Dementia had a short life expectancy and likely died of natural causes.  Per Howard Jones, no one is to blame.

3.  Related to the prior point, but with a more contemporary musical reference, both the daughter and widow should heed the advice in a Top 5 song the year of Kasem’s death and “Let It Go.” 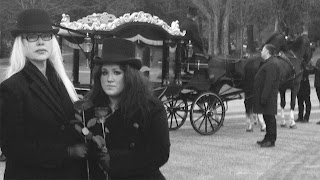