I subbed for Paul Daugherty's TML blog in the Cincinnati Enquirer again yesterday. I discussed the Reds new manager, the FC Cincinnati MLS bid, and our day in Cuba among other topics.
I hope you enjoy it. 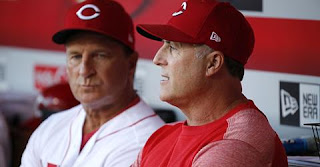 Photo Credit:  Sam Greene for Cincinnati Enquirer
License:  Used by Enquirer in article I wrote for the Enquirer
Posted by Jay at 9:24 AM

William Agee was a boy wonder corporate exec in the late 70's and early 80's when he helmed Bendix Corporation. Mary Cunningham was a Harvard MBA grad voted most likely to be CEO of a non-cosmetics company. She spurned job offers on Wall Street to work for Bendix as Agee's personal assistant before being promoted to Vice President. They eventually divorced their spouses and married each other while ignoring rumors that Cunningham had "slept her way to the top."

Six weeks before he died, Agee, reportedly suffering from dementia, changed his will to leave half his assets to his children from whom he had been estranged for 35 years. He also filed for divorce from Cunningham and named his daughter as his health care power of attorney. His last communication with his wife was via Face Time from Seattle. Cunningham is challenging the will although it does not matter because most of his assets were in his trust which was unchanged before his death.

1. A will change six weeks before death to benefit children who have been estranged for 35 years will always generate questions of competency..

2. If Agee changed his will prior to his death, he should have also changed his trust if his assets were titled in the name of the trust.

3. Yoko Ono of finance? Tomato Lady? Music fans could only wish that Yoko Ono had grown tomatoes instead of creating unlistenable music and breaking up the Beatles. 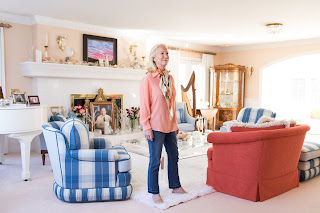 Back From Spring Break

Quick Caribbean cruise with Jack and 3 St. Xavier classmates including a day in Cuba. Post soon. 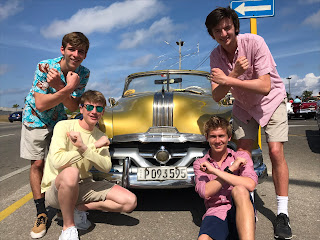