The Persistence of Illegitimacy

Salvador Dali died in 1989 and left his entire estate to the Spanish government.  Pilar Tabel is a Tarot card reader and fortune teller who claims that she is Dali’s daughter due to a brief romance between her mother and the famous artist in the mid-50's.  She has tried for 10 years to prove that Dali is her father.  A DNA test conducted from his death mask was inconclusive.  She alleged that she did not receive the results of a DNA test conducted the next year.  Dali was allegedly gay or simply preferred masturbation or voyeurism so the paternity claim of this woman seems far fetched. She also sued an author for supposedly basing a fictional character on her.  Nonetheless, a Spanish court has ordered the exhumation of his body.

1.  If you read the entire article, you might wish to shower afterwards.  A guy who is turned on sexually by Hitler is abnormal.

2.  I would think that a case brought 28 years after someone’s death would be barred by the statute of limitations or the principle of laches.

3.  In the U.S., Dali would not be obligated to leave his daughter, legitimate or illegitimate, anything.

4.  It is unlikely that the woman did not receive the results of the second DNA test - I believe that they were negative and she simply waited another 9 years before pursuing this claim.

5.  I doubt I am the only person who finds this matter incredibly surreal. 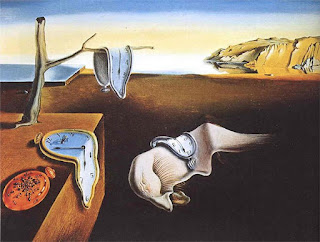 Resorting again to advice columns for material. In “Ask Carolyn,” a reader with three children including a son with ADHD who has threatened violence is miffed that her pregnant sister has not chosen her to be the guardian of her forthcoming child.  The sister has continued to agree to serve as the guardian for the reader’s three children.  The reader believes that her sister is judging her parenting skills even though “every single day is a struggle for her due to her son.”

A few poignant and sad points:

1.  The pregnant sister has two likely concerns about the reader - the ability of her sister to handle another child when “every single day is a struggle” and the possibility of physical harm to her child from his cousin.

2.  I always advise my clients to discuss guardianship with the potential guardians.  I do not advise telling someone that they are not the guardian because of the possibility of unnecessarily bruised feelings for a scenario that might never arise.

3.   There is a never right answer on the guardianship question - there is merely a best answer or least worse answer.  No one will raise your child the same way you would (nor will someone clean your house like you or cut your grass the way you would), but you have to settle for the best option considering all factors such as location, parenting style, educational beliefs, and demographics.  Not having a child raised by a family with a potentially violent child who causes his mother to struggle every day is an easy decision to make.

4. I love people who think about estate planning while they are pregnant. 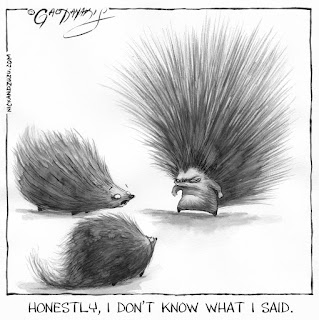 Not an estate planning post, but more of a public service announcement in the financial arena. Lori Sattler is an acting NY Supreme Court Judge. In the process of selling an apartment and buying another one, she followed the instructions in an email supposedly from her attorney and wire transferred $1 million to a fraudulent account which then wired the money to a bank in China. The money is long gone.

1. When transferring $1 million, it makes sense to verbally confirm the instructions regarding the wire transfer.

2. It has been a tough month for judges in NY between this judge getting scammed and the Court of Appeals justice who died with an outdated will that contained deceased beneficiaries and ignored her husband.

3. Perhaps Judge Sattler can commiserate with John Podesta at a Democratic fundraiser about the travails of falling for a link in an email. 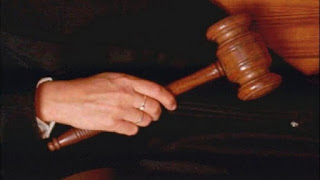 Otto Warmbier is the Cincinnatian who was held captive by North Korea for 17 months for allegedly trying to steal a propaganda sign on a college visit. While starting to serve a 15 year sentence of hard labor, he was beaten so severely that he suffered a brain injury and returned home Tuesday night in a coma. Doctors at the University of Cincinnati Medical Center have described his condition as "unresponsive wakefulness."
One small legal point:
1. Once a child turns 18, I encourage parents to have their child sign a health care power of attorney, living will, and HIPAA Release so the parents can access their child's medical records and make medical decisions for them. Without those documents, the parents might be stymied in making decisions in the best interest of their child.
2. This story breaks my heart. No snark here out of respect for Otto and his parents. Tell your child you love him/her tonight. 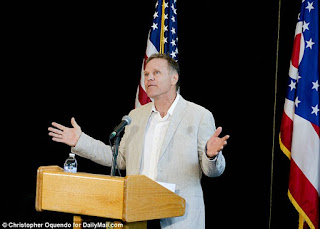 Not A Great Day in Harlem

The suspicious April death of Judge Sheila Abdus-Salaam, the first Black woman to serve on New York’s Court of Appeals (the state’s highest court) has been ruled a suicide. Her body was pulled from the Harlem River the day after her fourth husband reported her missing. Video recorded her walking near the banks of the river.

This is not a whodunnit piece. Instead, the interesting info is that Judge Abdus-Salaam left an estate worth $2 million and a 2004 will that pre-dated her most recent marriage by 10 years. The will left 25% of her estate to her mother who died in 2012 and the balance equally among her siblings, including her brother who died in 2014. The primary asset in her estate was a Harlem brownstone valued at $2 million which she purchased in 1980 for $6,000. Her husband is a minister and has blessedly waived his statutory right to inherit part of her estate even though he was not included in her will.

2. I advise my clients to review their estate plan every five years to assure that key events like the death of a beneficiary or the divorce of the designated guardian are taken into account in the documents.

3. The widower of Judge Abdus-Salaam might have waived his rights to inherit due to a pre-nuptial agreement between him and the judge although he might simply be an honorable man and waived the rights so her family could benefit.

4. I doubt that I am the only person who wishes he had invested de minimis amounts in Harlem real estate in 1980.

5. I am aware of the Hudson River and the East River, but the Harlem River is new to me. 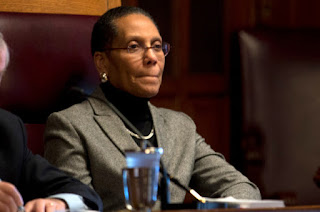