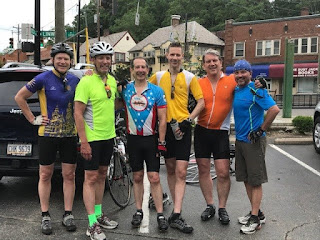 Barbara Schwartz was a Manhattan socialite who was stabbed to death by her shut-in son, Jonathan, in 2011. She was survived by second husband, Burton Fischler, the son who killed her, and a second son, Kenneth. Her estate was estimated at $6 million at the time of her death.

In the six years since her murder, her widower allegedly lost $4.3 million of her estate in six months due to poor financial management including day trading, Kenneth committed suicide in 2013 when he learned of the financial losses, and Jonathan was found not guilty by reason of insanity. Schwartz’s first husband is now in charge of the estate and has sued to stop Kenneth from inheriting her estate. Got it? Jonathan killed her and survived. Kenneth did not kill her and committed suicide.

As if that is not complicated enough, Fischler is now challenging the pre-nup he and Schwartz signed in 2000. He claims that he signed it under pressure from her family and that he received bad legal advice. He also claims that Schwartz promised him she would tear it up later. His share of the estate under the pre-nup is $1.25 million which is in trust.

There are so many fun issues, let’s address a few:

1. The inheritance of the mentally ill son is being challenged under NY’s Slayer Statute which prohibits individuals from inheriting due to killing someone.

3. I think that Fischler might have a statue of limitations issue with his challenge to the pre-nup. Post-2008, NY has a 3 year statute of limitations for such challenges which does not apply to prior pre-nups. That statute was six years although it did not start running during the marriage during some areas of NY. Either way, the statute is most likely applicable to challenges from divorce, not death.

4. Fischler’s arguments for contesting the pre-nup seem to be in the “let’s throw a bunch of mud and hope something sticks” vein. The poor legal advice line might work in a death penalty case with a court appointed attorney but should not work in a pre-nup matter where Fischler chose his own attorney. President Trump would likely call Fischler a “loser.” 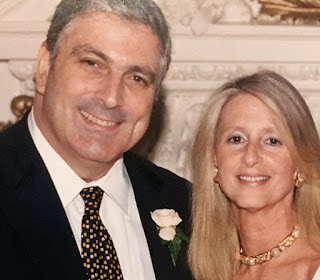 Alan Thicke’s sons, who are trustees of his 2016 trust, filed suit this week against his widow, Tanya Callau. They asked a court to enforce the terms of Thicke’s trust. They contend that Callau, who Thicke married in 2005, is trying to void the terms of the pre-nuptial agreement she and Thicke signed.

The pre-nup provided that at Thicke's death Callau would receive 25% of his estate and 5 acres of a ranch Thicke owned. The trust meanwhile provides that Callau will receive a $500K insurance policy, his pension benefits, and 40% of his estate. If Callau wants to live in the house, she may do so if she pays the mortgage and other expenses. Despite these generous terms, Callau’s attorney claims that the trust is “the worst document ever drafted by an attorney” and “the attorneys should still be writing in crayons.”

Trying to piece together several points:

1. The terms of a trust can override the terms of a pre-nuptial agreement if the trust terms are more generous than what is provided in the pre-nup. That seems to be the case here.

2. The claims by Callau’s attorney about the quality of the trust drafting are obnoxious, but a trust typically would not address insurance policies and pension benefits because those are non-probate assets (i.e. they have their own beneficiary designation) and not included in a trust.

3. Perhaps the attorney who drafted the trust is the same attorney who advised Robin Thicke to foolishly sue Marvin Gaye's estate over "Blurred Lines" which resulted in a $7.2 million judgment against the younger Thicke. 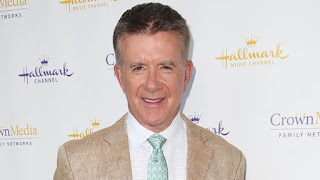 Rules Are For the Little People

In an unusual moment of sanity, the federal government announced on Friday that it would stop seizing the tax refunds of taxpayers whose parents owed money to Social Security from years ago.  This has been governmental policy since late 2008.  In typical bureaucratic efficiency, the IRS would send letters to addresses that had not been used in 40 years or would inexplicably be unable to contact someone who had lived at the same address for 40 years.  In its defense, the IRS does not pass these inane laws, it merely enforces what Congress has passed.

1.  Typically debts die with a person and the heirs of an individual are not liable for his debts.  This is an exception.

2.  If you want to point fingers for this law punishing innocent taxpayers for the alleged sins of their parents, point to Todd Platts, a former Republican Congressman; a Democratic House and Senate in 2008; and a legislative process that allows crap like this to get inserted into a Farm Bill.

3.  It is nice of the WaPo to take a breath from its anti-Trump obsession and to focus on the injustice caused by this process. 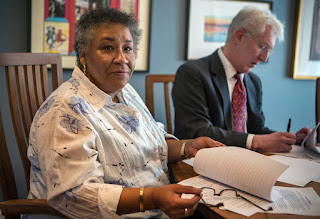 Gronk Would Not Do This

Aaron Hernandez is the former New England Patriot who committed suicide last month while imprisoned for murdering a friend.  He had only recently been acquitted of the murder of two other individuals and was still appealing his prior murder conviction.  Since his suicide, the Commonwealth of Massachusetts has vacated his murder conviction because his appeals were still in process.  Within hours after his arrest in 2013, the Patriots terminated his contract and did not pay the remaining guaranteed money owed to him.

In his suicide note addressed to his fiancé, Hernandez wrote “you’re rich.” Many reporters have interpreted that to mean that he was thinking not only of what money he still owned but also that she would collect $6 million owed to him by the Patriots under his last contract.  Some think that the Patriots would be on the hook if they terminated Hernandez’s contract because he was convicted of murder but was later exonerated due to this peculiarity of Massachusetts law.

A few points on the intersection of two of my favorite topics - probate law and the NFL:

1.  Hernandez and the Patriots actually settled his grievance for unpaid guaranteed money under his last contract for $1 million in 2014 likely meaning there is no further money to collect from the Pats.

2.  The victims of Hernandez have filed lawsuits against him.  Any judgments against him would be paid from his estate probably rendering it insolvent.

3.  Unless Hernandez signed a will, his fiancé will not receive any portion of his estate because fiancés are not statutory heirs.  His daughter would inherit his estate if he did not leave a will.

4.  Drafting a will and thinking about the application of an obscure Massachusetts law involve long term planning and thinking which seem beyond the acuity of a guy seemingly lacking impulse control. 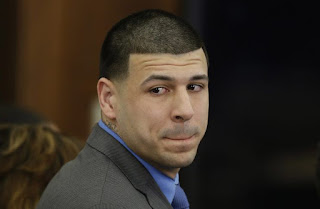 Fountain of Youth = Deprivation and Sorrow?

Besides people battling over the release of Prince’s music, there is not much happening in the wills and trusts arena.  Somewhat related, Emma Morano was the last living person born in the 19th century when she died last month at the age of 117.  The NYT has a brief piece on her possessions and possible reasons for her longevity.

Morano had been married briefly before separating in her late 30s, had a son who died before turning one, and worked until she was 75.  She lived in a two room apartment for the past 27 years, had not left the apartment in years, ate 3 raw eggs per day for 100 years, and usually ate pasta with raw ground beef until she stopped cooking five years ago.

No points of any significance, just two observations:

1.  The article did not mention a will but I doubt she had any assets any than a few tchotchkes left in her name.

2.  If eating three raw eggs and raw ground beef daily while staying housebound is the secret to longevity, count me out.  I will gladly live a shorter life to enjoy cooked food and going outdoors. 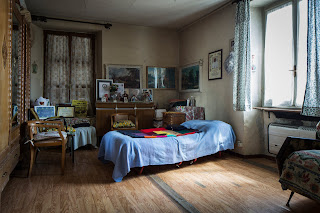